Association for Faculty Enrichment in Learning and Teaching 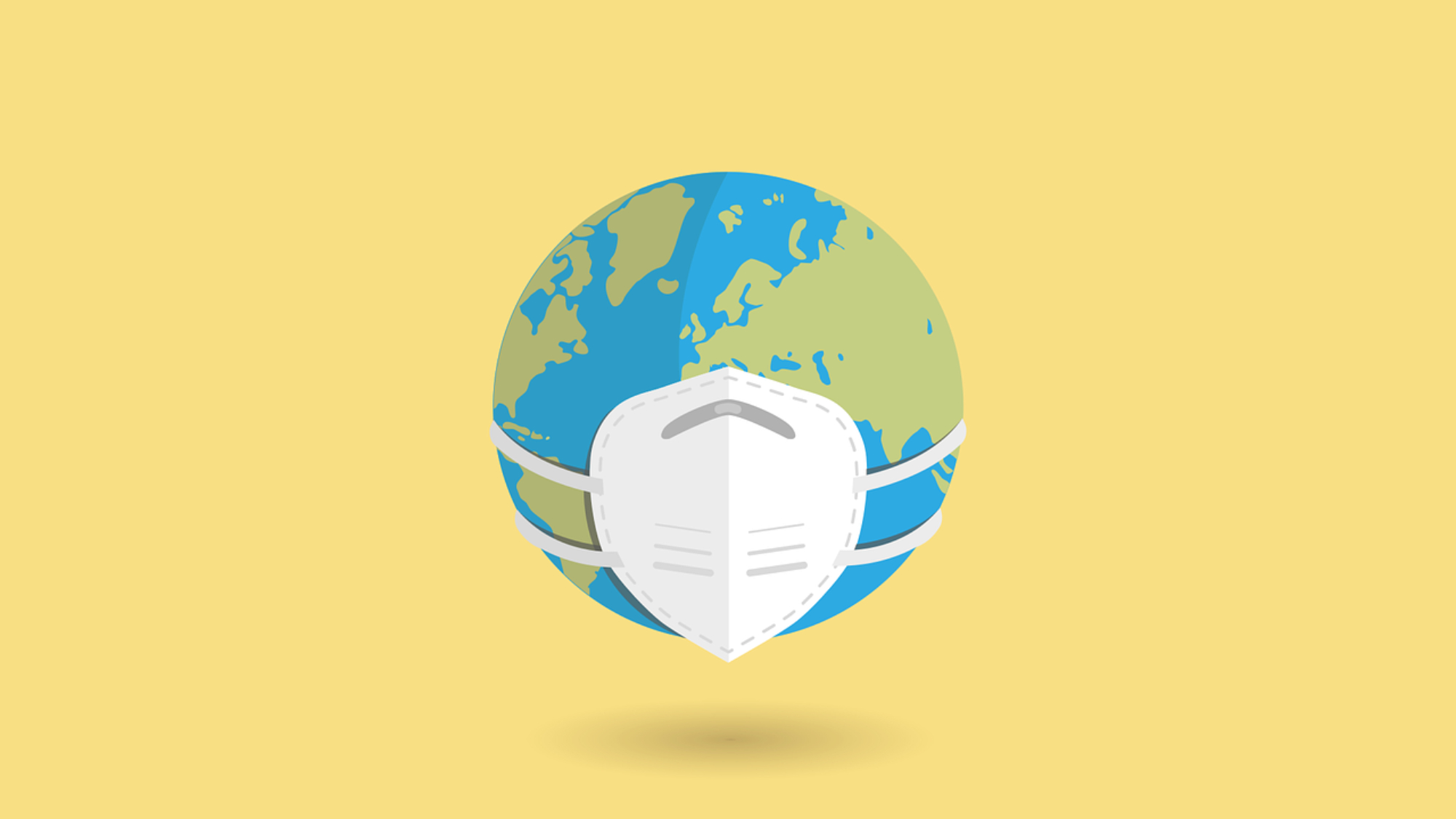 In 2003, when SARS first emerged in China, it took weeks for laboratories to figure out what was causing new and sometimes deadly cases of pneumonia there and elsewhere.

“The fact that so many tests are out there, the fact that there are so many testing platforms available now, is a remarkable success for science, for collaboration and for public-private partnership,” Mike Ryan, head of the WHO’s health emergencies program, marveled earlier this week.

Indeed, the progress has been amazing in some respects. But it has also been too slow in others. We quickly learned, for instance, who is most likely to die from the infection — older adults, especially the elderly, and people with chronic medical conditions — but were slower to recognize the risk the virus poses to younger adults, who actually make up a big portion of cases.

It’s helpful to take stock of exactly what we’ve learned about the virus, about the disease it causes, and about pandemics in general. What we know now is important, but it’s critical we come up with answers to outstanding questions if the world is to assist public health authorities and governments in responding to the pandemic in the months ahead.

If you look at who is dying from this disease, known as Covid-19, you are looking largely at older adults. The risk of death starts to climb noticeably after age 60. With each passing decade, the ratio of deaths to confirmed infections look grimmer. Without question, this virus is going to reshape the world’s demographics.

But the focus on fatalities among older populations — a focus fueled by the media — may have obscured the full picture of who is getting sick, sometimes severely so. The virus, SARS-CoV2, is not ageist.In South Korea, where an explosive outbreak took off when the virus was introduced into a large religious sect whose members were mainly young people, 44% of the country’s 9,137 cases so far are in people under the age of 40. People in their 20s make up 27% of the cases.

And a recent update from the Centers for Disease Control and Prevention showed that one-fifth of cases in the United States were among people between the ages of 20 to 44.

“Regionally we are also seeing that there are some young people and otherwise healthy people who are really, really sick,” said Megan Ranney, an emergency physician in Providence, R.I. “Needing to be hospitalized, needing intubation,” — to be put on a ventilator — “needing intensive care. … People who are millennials and Gen Xers are still getting critically ill, even when they have no underlying medical problems.”

Very few deaths — fewer than a handful so far — have been recorded in children and teens. But kids do get sick and little children in particular can get very ill.

This virus has great transmission tricks.

It has been becoming clearer as time has worn on that this virus is exquisitely suited to spreading.

Whereas its older cousin, SARS, was mainly transmissible when people were really sick — and almost always hospitalized — Covid-19 transmits very early in infection, even before people start to become unwell.

When people have a disease that is only contagious once they start to get sick, it’s much easier to order them to isolate themselves the moment they feel unwell. But that doesn’t work with this virus.

How much this type of transmission is driving the pandemic is unclear but it could be significant. Gabriel Leung, dean of medicine at the University of Hong Kong, has estimated about 40% of cases transmit before symptoms develop. A recent preprint — a study that has not yet been peer-reviewed — from China pooled data from seven countries and estimated a very similar 43%.Related:

When can we let up? Health experts craft strategies to safely relax coronavirus lockdowns

Unless public health authorities can find all — or at least most — cases and then quarantine the vast majority of their contacts, it’s hard to see how this kind of transmission can be stopped.

Likewise, a big portion of cases, perhaps as many as 40%, have very mild symptoms. Some people who had no idea they were infected have tested positive. Italian authorities say 6% of people there who have tested positive had no symptoms and another 12% were paucisymptomatic — barely symptomatic. It’s still unclear, though, how often these people spread the virus to others.

“We don’t know how much those people actually transmit. We just don’t know if they do,” veteran coronavirus expert Stanley Perlman of the University of Iowa told STAT.

A respiratory virus can be stopped or at least slowed.

It’s long been thought that transmission of viruses that cause influenza-like illnesses can’t really be stopped. Even with a vaccine — a modestly effective vaccine, admittedly — flu wreaks havoc every winter, for example. And there is no vaccine for Covid-19 at present.

That dogma may have contributed to the sense of skepticism among some experts when, in early February, Ryan, the WHO’s health emergencies chief, insisted that Covid-19 could still be contained. At that point, tens of millions of people in China were on lockdown, but the rest of the world hadn’t yet realized what was in store.

Then came explosive outbreaks in Italy and Iran, when the virus entered undetected and spread until sick people started to flood hospital emergency departments. Country after country joined the fray, struggling to stop spread of a virus that seemed intent on sickening and killing people and crippling economies.

And yet: China’s aggressive actions have beat down transmission. For more than a week, most of China’s cases have been people infected abroad and detected on their return home.

Exclusive analysis of biopharma, health policy, and the life sciences.

Hong Kong, Singapore, and Taiwan have managed to stay on top of their outbreaks, aggressively testing to find cases, quarantine contacts, and keep transmission from going into an exponential growth phase.

A report published Wednesday by infectious diseases modelers at the MRC Centre for Global Infectious Disease Analysis at Imperial College London concurred that China has managed to contain its outbreak through aggressive physical distancing and that Hong Kong has managed to so far avoid large outbreak with somewhat less stringent measures.

With so much SARS-CoV2 virus spreading globally, none of these places is out of the woods. But they have shown it’s possible to do what was once considered impossible.

Death rates will differ by location.

This was true with the infamous Spanish flu pandemic of 1918 and it will be true when the history of Covid-19 is written. With so little testing still and good evidence that mild cases are being missed, it’s impossible to come up with a reliable infection fatality rate.

But different countries battling outbreaks are calculating crude death rates based on confirmed cases. They range from .5% in Germany to 1.38% in South Korea (its number has been climbing) to 4% in China to 9% in Italy. Using the same formula, the rate in the United States would currently be about 1.4%

Understanding what works: How some countries are beating back the coronavirus

Another factor to consider is who is getting sick in these countries. In South Korea, a large chunk of the 9,100 cases recorded so far were young people, as we mentioned above. None of them has died. By comparison, Italy has one of the oldest populations in the world; this virus is cruel in the elderly.

Germany’s low death rate is both a puzzle and a beacon of hope. But it remains to be seen if it will remain an outlier.

The world has been warned about this over and over again. In the mid-2000s, when it looked like a very dangerous bird flu virus, H5N1, might trigger a pandemic, experts including Michael Osterholm, of the University of Minnesota’s Center for Infectious Diseases Research and Policy, warned of the possibility of disaster when it comes to the supply of protective equipment for health workers, essential drugs, and other goods.

And here we are.

In some of the Asian countries where SARS-CoV2 is under control, most people wear at least a surgical mask when out in public. But hospitals in other parts of the world, including the United States, are rationing even surgical masks, reusing for as long as a week or two masks that are typically discarded after seeing a single patient.

Supplies will only get tighter unless and until extraordinary actions are taken to ramp up production.

Now here are some questions we need answers to — and fast.

Why do some people have such severe disease and others barely get sick?

It’s clear that many older people who get infected see severe symptoms. But as noted above, it’s not just them. There have been plenty of severe cases among all kinds of demographic populations.

“This is my big question. It’s really a mystery. I just don’t get it. It’s so variable,” said Susan Weiss, co-director of the University of Pennsylvania’s new research center for coronavirus and other emerging pathogens.

How many people have been infected?

Knowing who has been infected might help authorities cast policies aimed at letting those people move more freely or using them in roles people who are still susceptible can’t safely undertake. To figure this out, researchers will need to study the blood of people who were not confirmed cases to see if they have antibodies to the virus.

These are known as serology tests, and the WHO has been urging countries to do this work for weeks. It is unclear why China has not yet published data on these types of studies. In the United States, the Centers for Disease Control and Prevention says it is developing the tests.

Knowing who is still vulnerable to the virus is important. For starters: When vaccine becomes available, supplies will be limited initially. In that scenario, it might make sense to delay vaccine delivery for people who have antibodies from a prior infection.

“I don’t think we know,” said Weiss when asked about the immunity question. “I think they’re going to be immune for a while.”

Perlman said some other coronaviruses — the four that cause colds and flu-like illnesses — can be caught more than once. He wonders if people who had asymptomatic infection would not develop enough antibodies to be able to fend off the virus on a later exposure but might have a mild infection on a second go-round.

“I don’t know the answer to that,” he said. “It’s really going to be time that’s going to tell us.”